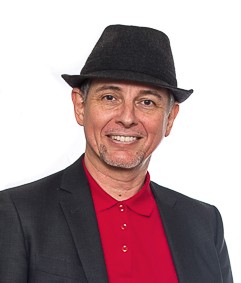 Social entrepreneur from the new “Google” generation, born 40 years before others, Pascal Kotté depicts himself as a digital fracture reducer and a digital ethicist. He believes digital transformations must be planned for sustainable production and not human reduction. Starting as a C/UNIX developer in 1986, he then moved into videotext servers and later towards Apple & Windows networking integrations and automations. Pascal’s motto is that holistic data valuation and tuning must connect humans, not only computers.

Hosting innovative ideas and products requires a supporting environment. In the 1980s the incubating of new companies and new products was a biological denomination … and that spread everywhere around the world. It became a way of favouring and nurturing new companies, making them grow and help them gain new markets.

A company is not dedicated to fostering other companies efforts, which is the reason why the new platforms for innovation are of a different nature: not for profit organizations are to be named institutes or like social-IN3, a cooperative of equal partners, to demonstrate that their basic intention is to support partners companies.

Innovation is becoming the fuel of moving economies. Innovation is the only way to generate added value to large quantities of parallel production of products that are needed. Innovation is also a way of organizing means of thinking and ways of production. Then the massive conviction of real new products is the key element for the access to new markets. Social-IN3 objectives aim at a high level of innovation: new paradigms for a new society.